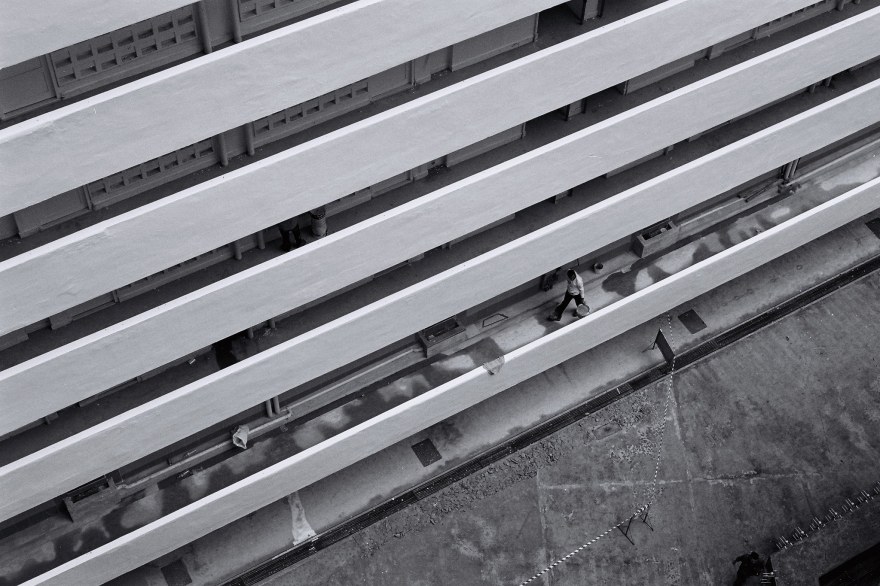 Everyone has different reasons for shooting film in digital era. Some like the output of the “filmic look”. Well, people keep imitating filmic look through digital post processing anyway 🙂 shooting film simply means you save the hassle of applying all the presets.
Anyway, what I like so far about shooting film is not too much about the filmic output. Is more on the shooting experience. You only get as much exposure for each roll of film, and film are not cheap nowadays. So it really makes me to think, to seriously look into my view finder, to try composing properly and to try not making mistakes on the exposure before taking a shot. I’m not too good on full manual control yet, I’m still relying on my camera’s metering and adjust from there. Hopefully I can improve in this regard in the future.
The process of waiting for the film to be developed is rather nostalgic to me. The excitement of waiting to see the end result of what you have shot, are they properly exposed, are they shot as per what you have imagined and so on. And when the moment you get your print or scan, viewing through the pictures taken gives you a certain level of satisfaction.
I’m not saying that you won’t get the same level of experience with shooting digital. It’s just… Slightly different for both. On film, you will shoot less and tend to be more selective, more careful and really think through before pressing the shutter. On digital, you can actually do the same thing, but people tend to get lazy with the abundance of convenience. You get the real time exposure preview, you get to see what you have just shot and re-shoot if you want, and you can even take a few shots of the same scene and go home to pick the best later.
I think I kinda get the reason why there are “purists” who are still shooting on film, some even shoot solely on it. As for me, I’ll still be shooting on both film and digital and enjoying the best of both world for now. How long will this last? I wonder. I hope to find out the answer by myself too 🙂